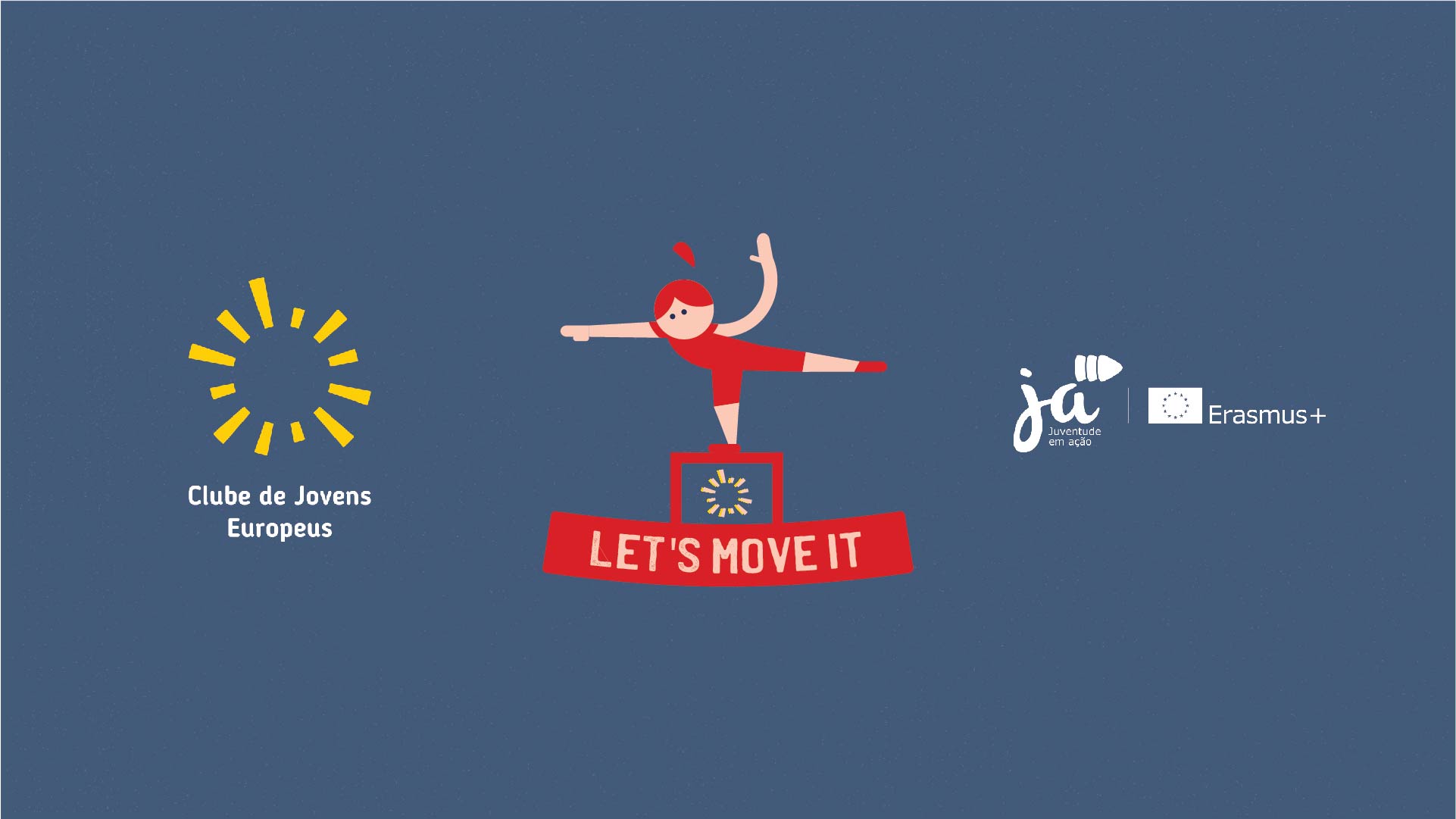 Due to lack of physical exercises, young people have lower performance at school and at work. Practicing motoric skills improves memory, focus and self-control, which translates into increased academic/at work performance. Sport is one of most effective unifying language that can cross intercultural and interracial borders.

Learning how to set personal goals rather than competing increases tolerance and understanding towards people with different physical capacities, towards diversity in general.

“Let’s Move It” was a youth exchange organized by CJE in partnership with Ifjusagi Nomad Klub, from Hungary, Iniciativa Mladych, from Slovakia and Four Links, from Czech Republic. It was funded by the Portuguese National agency “Erasmus+ Juventude em Ação” under the Erasmus+ Programme. During this project 56 young participants and 11 group leaders gathered in Pocuvadlo, Slovakia to develop competences in Motoric Skills and positive attitudes towards active lifestyles.

What was our Goal?

The main goals of “Let’s Move It” were to increase motoric skills of 56 participants from Portugal, Czech Republic, Hungary and Slovakia as an alternative way to raise their level of physical activity and introduce motoric skills as a powerful tool to enhance their memory, focus, concentration, self-confidence, self-control and other competences.

The Story of our Project

For 10 days we gathered in Pocuvadlo, Slovakia and learned valuable skills. We learned more about how an active lifestyle can be extremely beneficial for our health and longevity and most of all we learn how it can actually help our mental wellbeing also. Technically we tried and learned a bunch of different activities, from juggling, to slackline, to paddle boarding in the lake or even a Karate lesson by Erik and Ana. We learned about each others’ traditional games.

But most of all we learned how all these things can help us improve our memory, our focus, our self-confidence and mental strength in general. We learned more about people from other countries, their culture, their customs, we even got to try their food. Erasmus+ is funny like that, you go somewhere thinking you’re gonna learn about a specific topic and end up learning a lot of different things. And all the friends… So many friends spread around Europe now, with shared values, different of course, but so rich in our diversity.

The first two days were more focused in team building, after all we will be living together for 10 days, so we should be pretty united. We devised our own set of rules, a Code of Conduct to make sure we respect everybody and don’t hate each other in the end. We then moved on to learn more about each others’ situation. Countries introduced the nowadays perception they have of the lifestyles in their countries and problems that could be addressed by them. 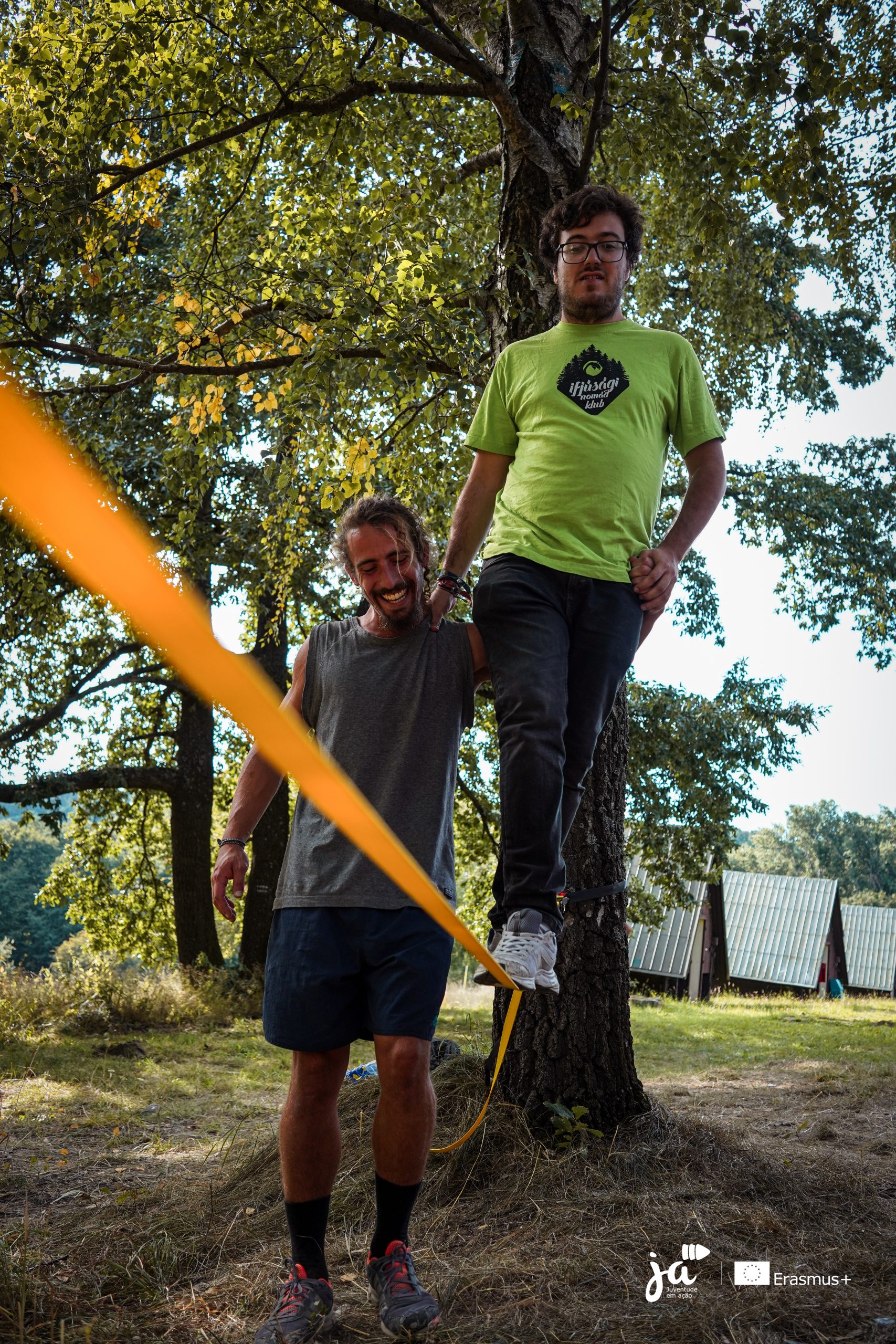 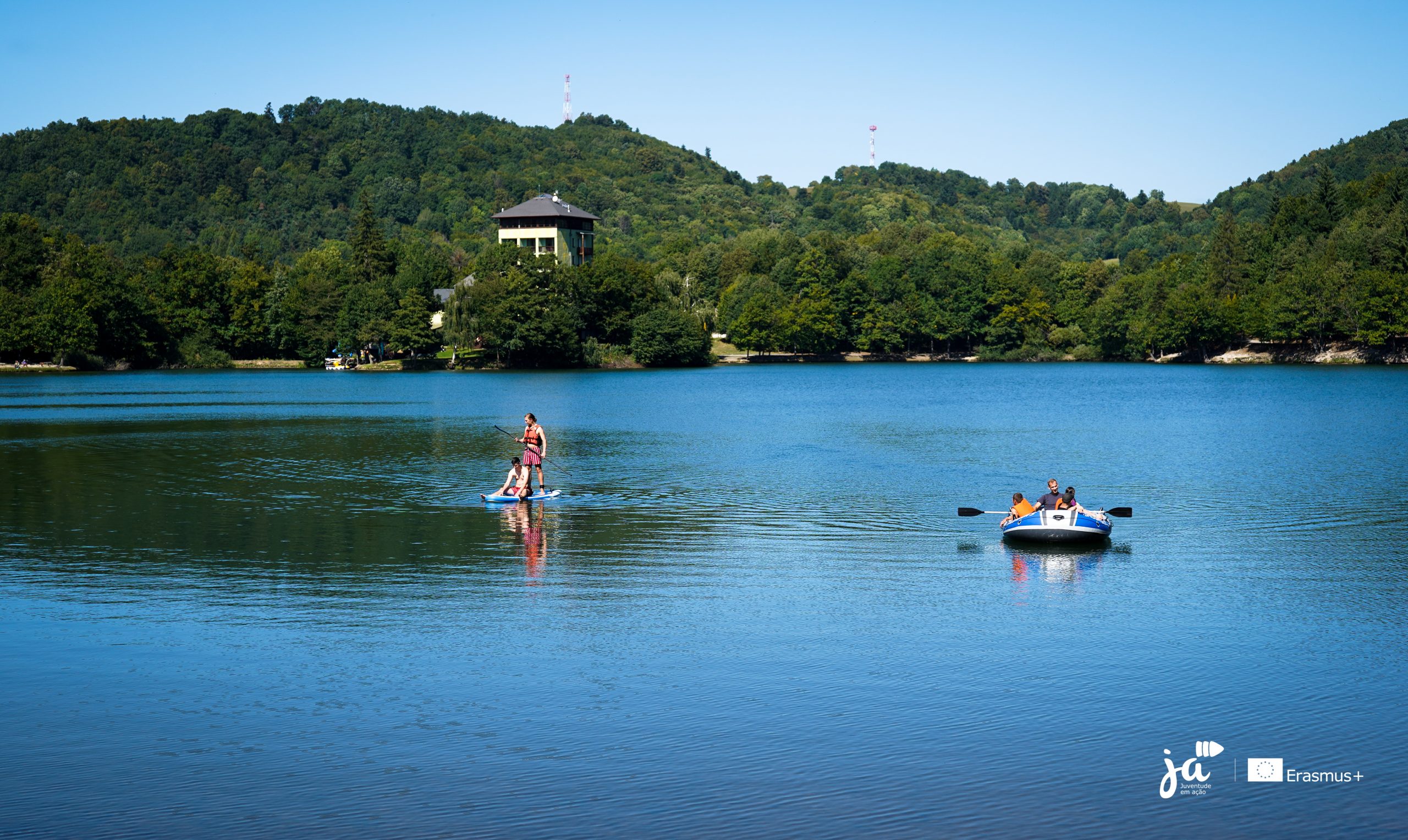 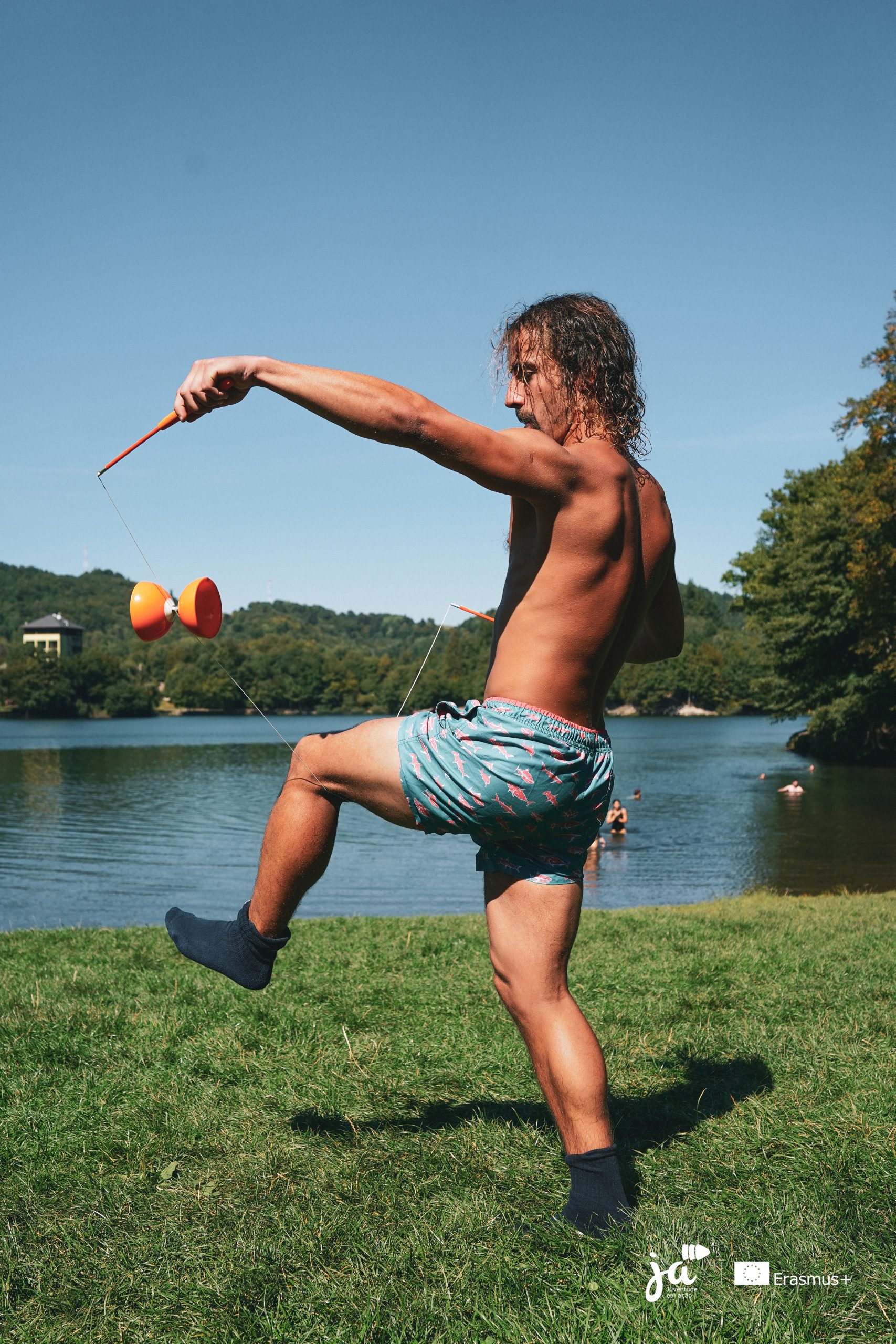 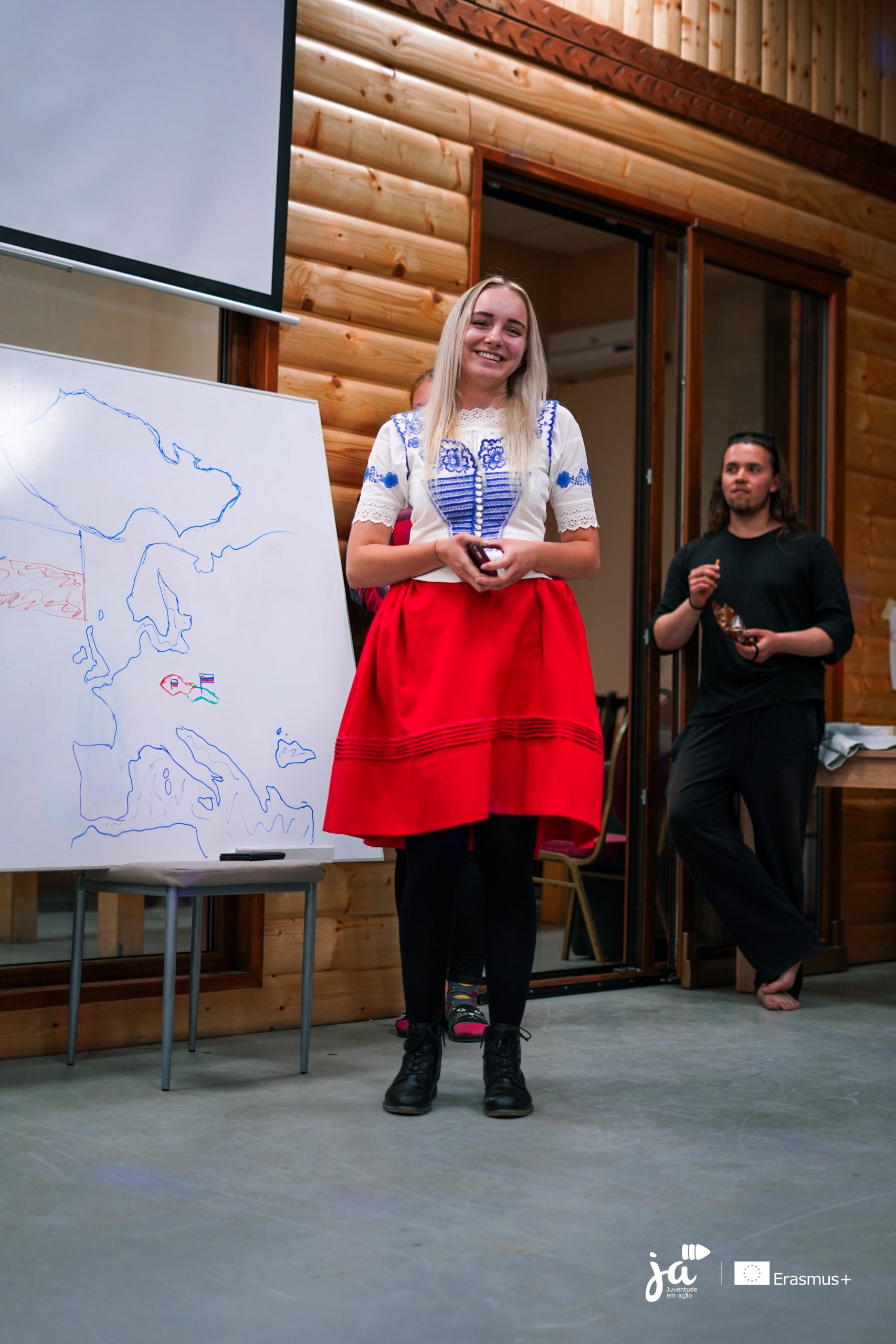 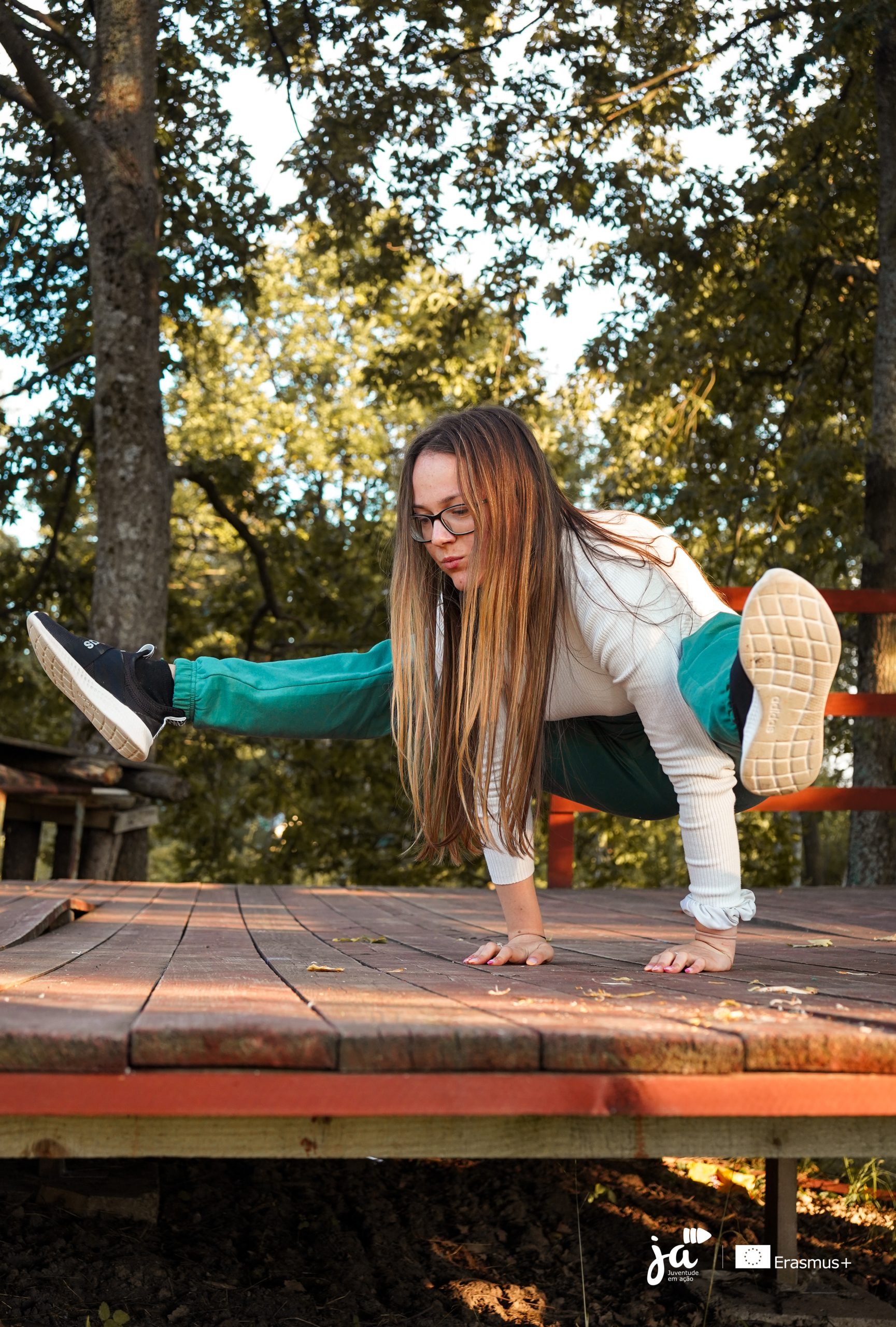 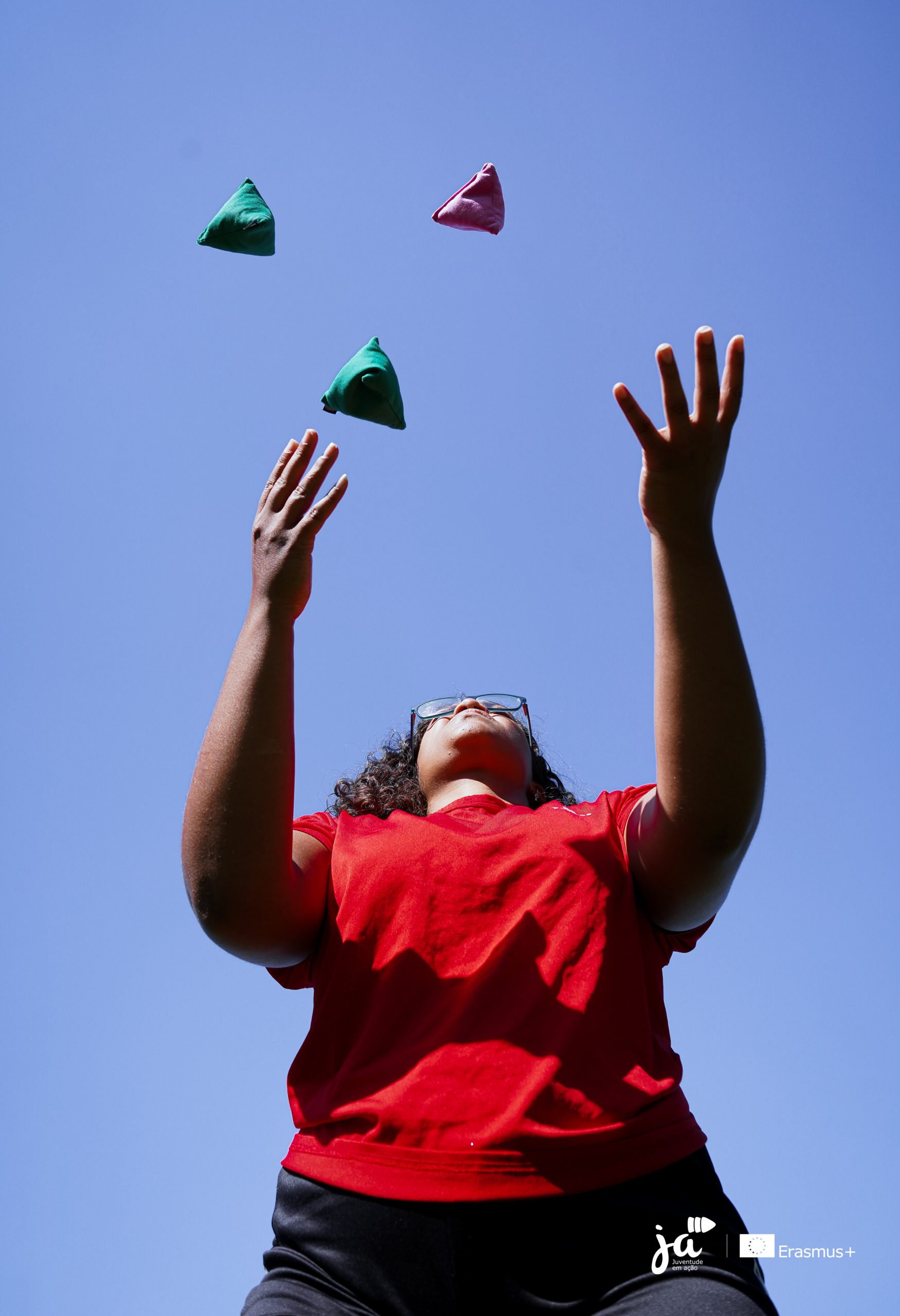 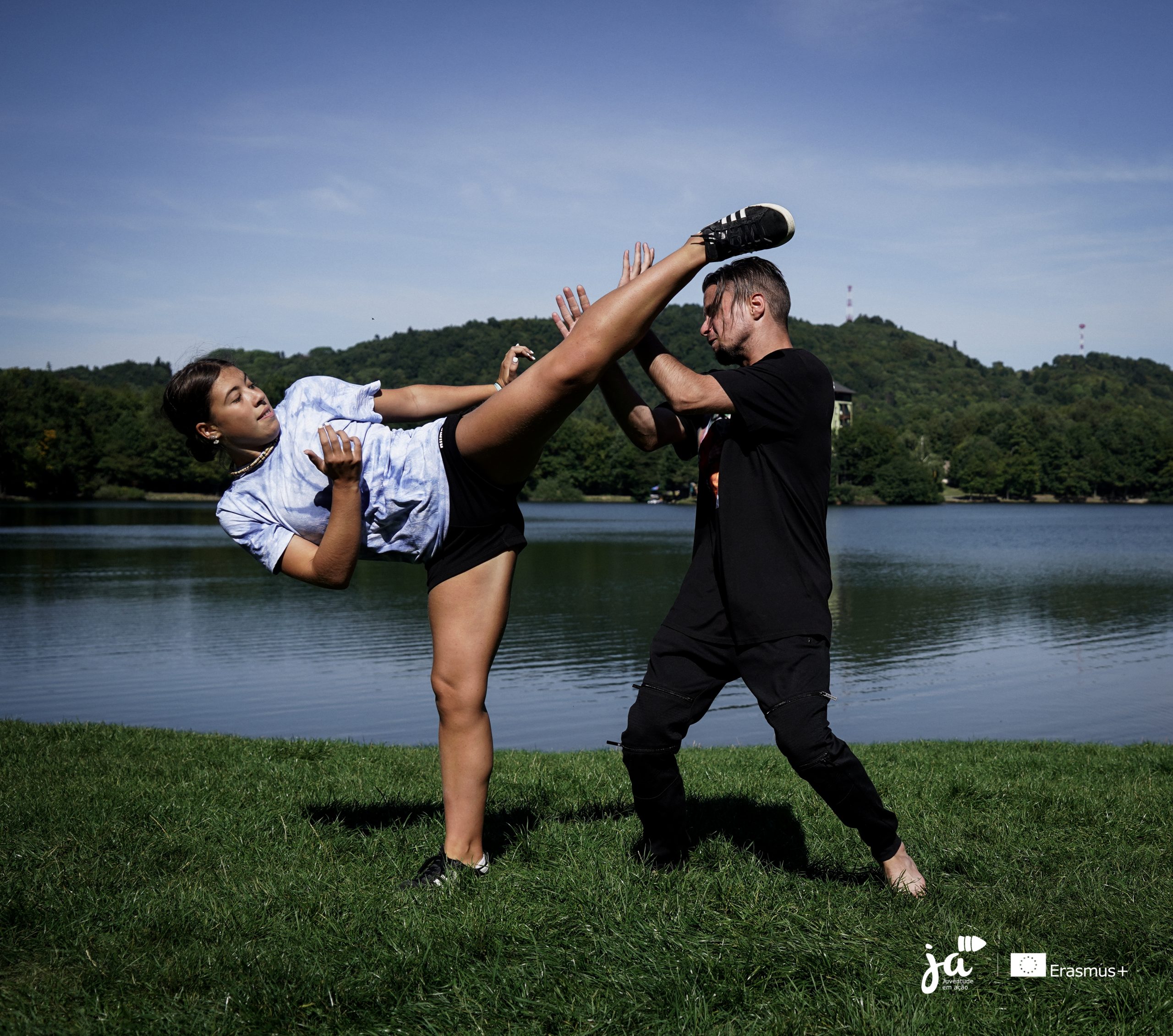 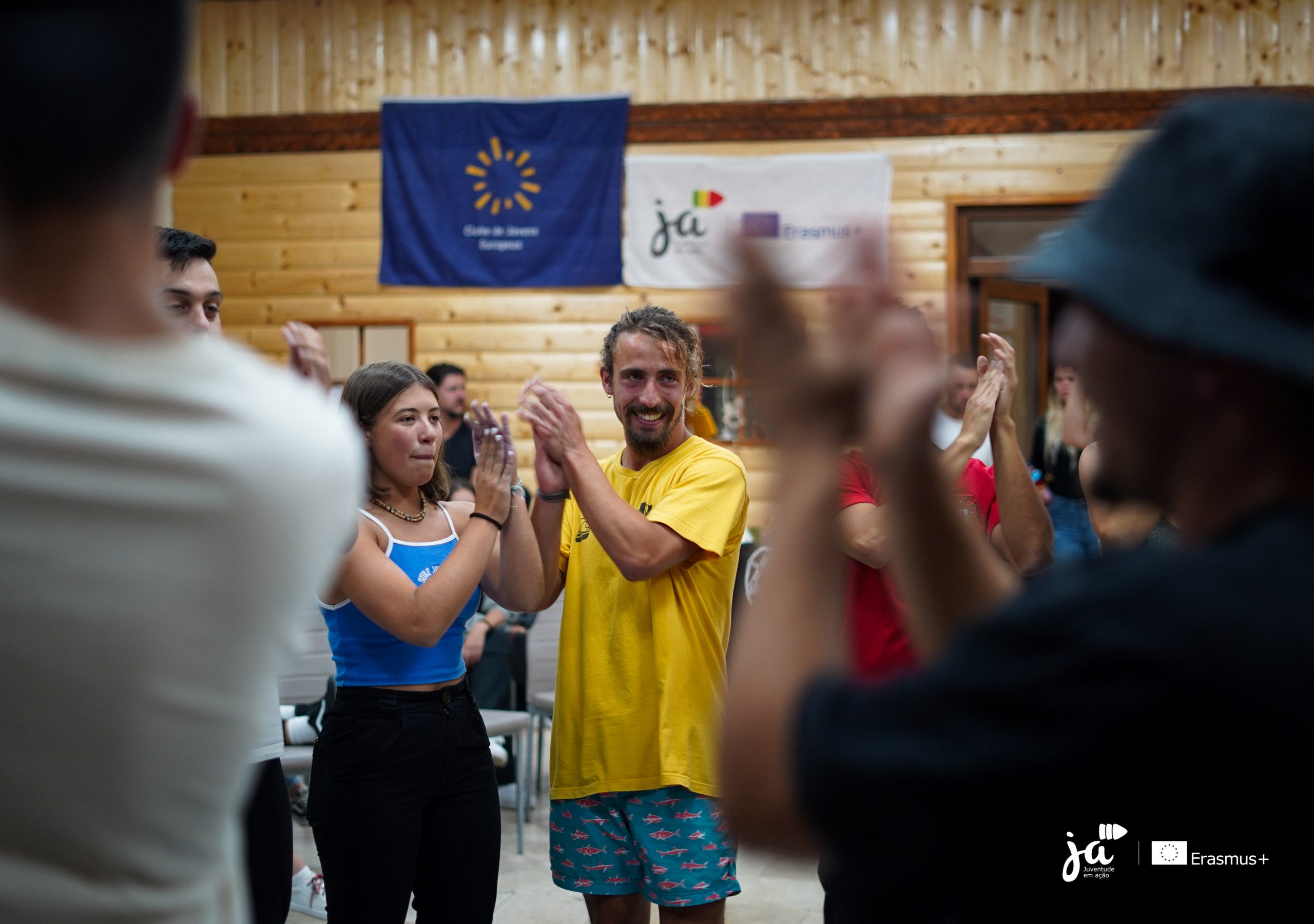 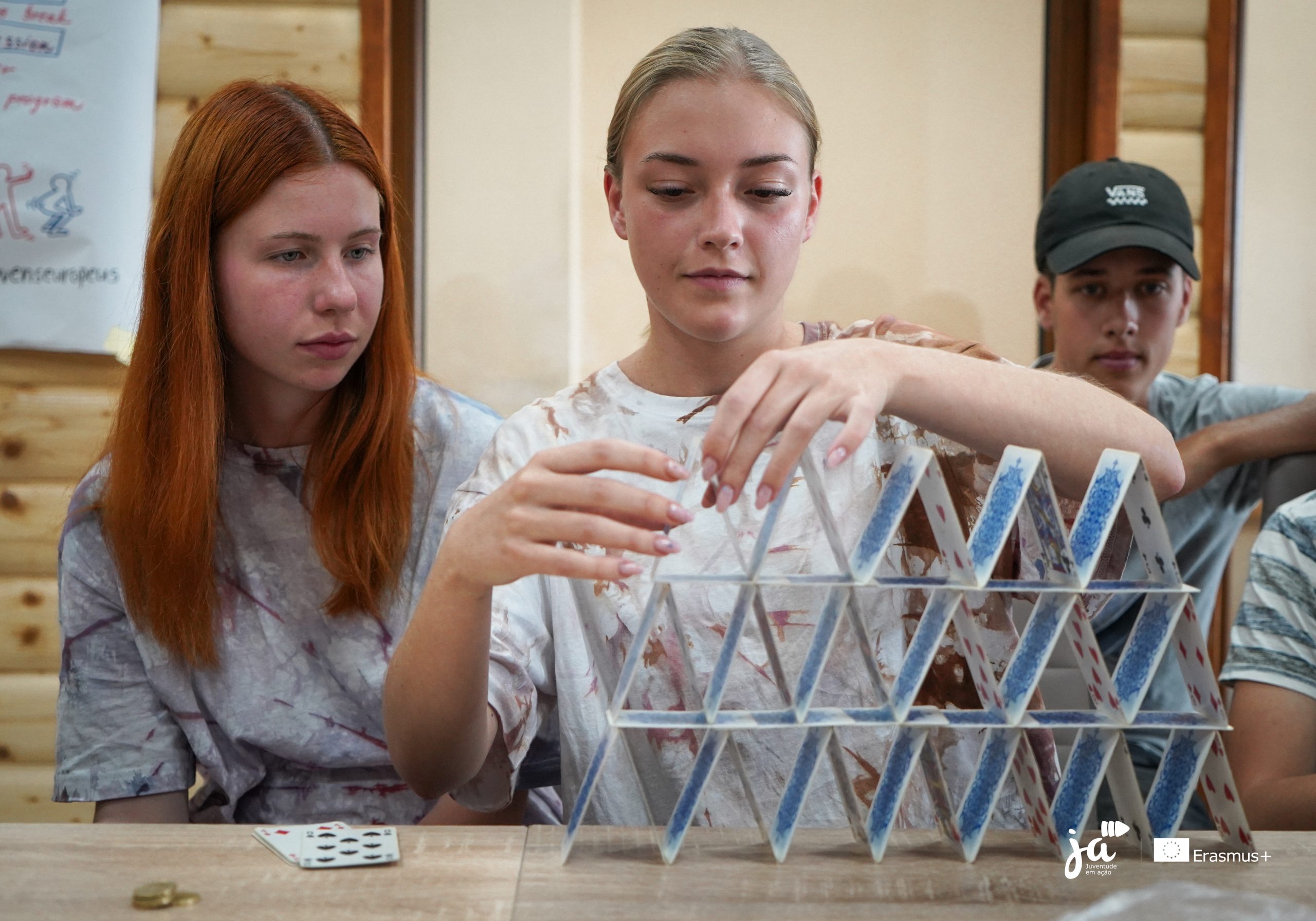 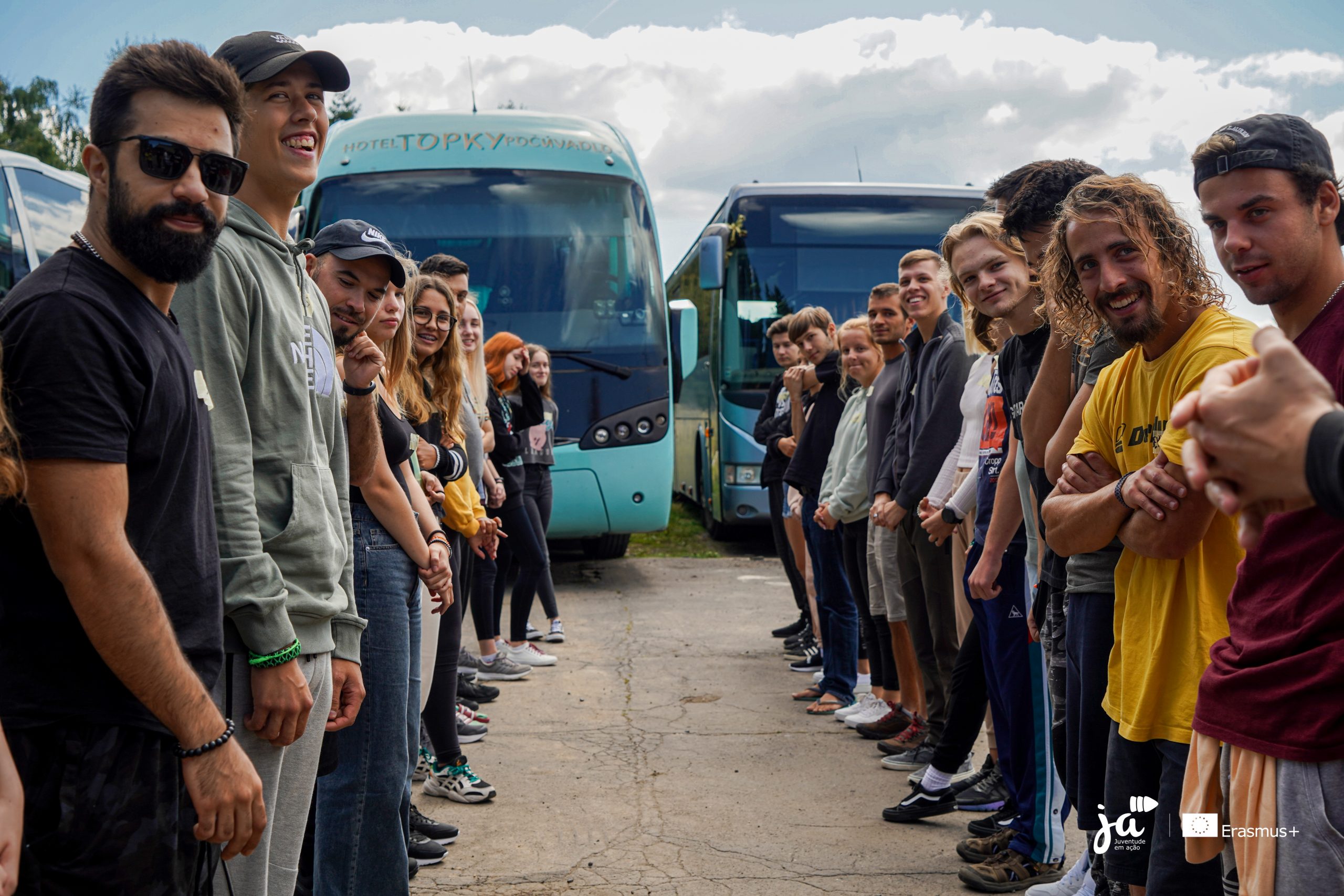 Some of the best moments of our project.

Then we shared knowledge. Bernardo from Portugal knew how to juggle, so he held a session by the lake where everybody got to try it. First with two, later with three balls, most of us failed in the beginning but started picking it up later on. Erik (from HU) and Ana (from PT), realized both do karate for a long time, so they taught the rest one of the most simple katas. One of the days we went for a hike in beautiful mountain Sitno, with some of the most amazing views ever.

In the meantime, these two crazy Portuguese guys, Afonso and Tomás, decided they were gonna direct a whole thriller movie during the project. There was drama, mistery, suspense, action scenes, cats and lots of Kofola. But you can see by yourself just below.

We also had the chance to visit what is probably the coolest high-school in the world. The secondary school is one the few in the world where the main topic is Falconry. Yes, you read that correctly, the school’s main subject is flying falcons. But it’s not just about birds. Inside the school, you feel like you are in a Zoo, with the amount of animals that are laying around. A giant iguana, a family of monkeys, guinea pigs, fish, you name it, they might have it. After an incredible Falconry show, we headed out to Banska Stiavnice, Unesco World Heritage, to explore the city and learn more about Slovak Culture.

At night we partied, we shared our talents in a talent night, we shared our culture in intercultural nights, our foods in gastronomical night, always ending with a lot of dancing to loud music until we were too tired and went to sleep, eat and repeat the good times in the next day.

For most of us Let’s Move It was a great way to end the Summer and a perfect start for the rest of our lives.